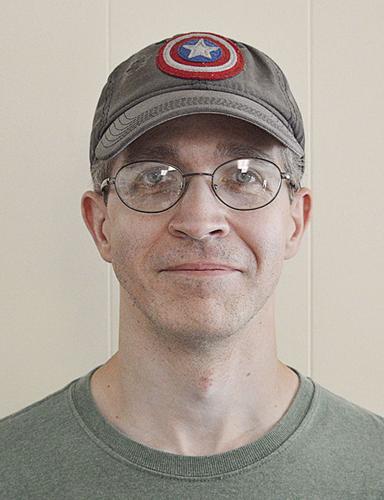 Tom Hanks returns to theaters in the new movie “A Man Called Otto.” The movie is a remake of the 2015 Swedish film “A Man Called Ove” starring Rolf Lassgård based upon the 2012 novel of the same name by Fredrik Backman.

As the film begins we meet the curmudgeonly Otto. Things have not been going well for him. His wife Sonya, a school teacher, has recently passed away. He has also just retired from his job.

We meet him at a hardware store where he is in the process of buying some rope. He refuses an employee’s aid in cutting the rope. At the register he complains when he is charged for two yards of rope. “I only want five feet of rope,” he insists. The employee explains that they only sell rope by the yard. The customer behind him in line offers to give him the few cents needed for the rope. Frustrated, Otto asks for the manager. A young woman approaches the counter. Otto asks about her age. Once the situation is explained to her she asks if Otto would like an extra foot of rope. Frustrated, Otto returns home.

On his way home he complains to a neighbor about her dog relieving itself on his lawn. Once inside, he makes some phone calls to have his water and heat shut off. He then installs a hook from the hardware store into his ceiling and hangs the rope from the hook. As he hangs himself, we realize that Otto feels he has nothing to live for and is suicidal. His attempt to hang himself fails as the hook is pulled from the ceiling by Otto’s weight. He then notices someone trying to park a moving trailer across the street.

He tries to tell them how to park the trailer. As this does not help them grasp the concept, he parks the trailer for them. This is how he meets his new neighbors Marisol, her husband Tommy, and their children Abbie and Luna.

Through flashbacks during the film, we learn more about Otto’s past. These flashbacks help us to understand how Otto came to be this way. During these flashbacks Otto is portrayed by the son of Tom Hanks and Rita Wilson, Truman Hanks. We learn why Otto was rejected by the military, how he met and fell in love with Sonya, and some of his experiences with his neighbors and the housing association in their neighborhood.

Like most films Hanks is involved with, “A Man Called Otto” is entertaining and thoughtful. While not quite on the same level as something like “Forrest Gump” or “The Green Mile,” “A Man Called Otto” is still a very good movie. As Otto’s past is revealed in flashbacks the movie keeps the viewer’s attention as we want to know more about how things came to be the way they are in the film. The film is excellently paced revealing just enough to keep us interested and continue to push the story forward. Although it sometimes takes a dark direction, the film is also often very funny. Fans of Hanks should enjoy this.

“A Man Called Otto” is rated PG-13 for some language and some of the darker thematic elements such as a few suicide attempts by Otto. This should be fine for most older teens and up. I rate “A Man Called Otto” four out of five 1964 silver quarters.