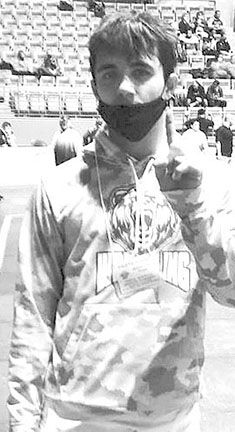 Monroe Central’s Hunter Page has Bear Nation excited about having another wrestler compete at this weekend’s state finals. 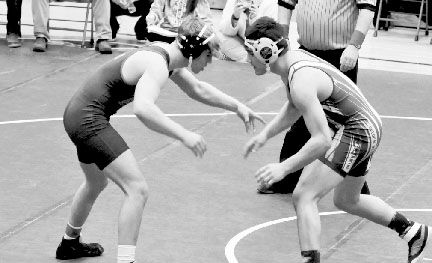 Hunter Page, just a sophomore, is just the fourth Monroe Central wrestler to advance to the state finals. 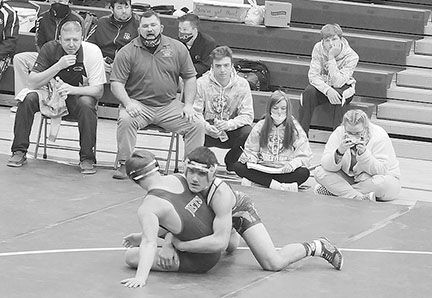 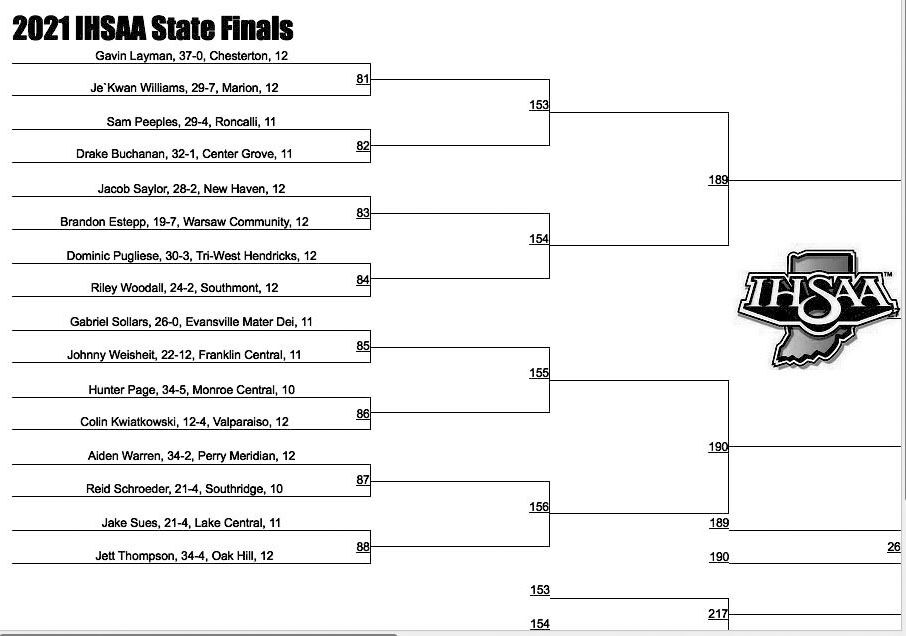 Monroe Central’s Hunter Page has Bear Nation excited about having another wrestler compete at this weekend’s state finals.

Hunter Page, just a sophomore, is just the fourth Monroe Central wrestler to advance to the state finals.

As Monroe Central sophomore Hunter Page prepares to compete in the IHSAA State Wrestling Tournament, he has already secured a couple of entries into the record books.

He is also just the 30th Randolph County wrestler overall to become a state finalist (see list). That’s not many considering the first was Winchester heavyweight Lowell Shaffer in 1983 (who still attends many wrestling events).

One of just 16 wrestlers remaining in the quest for a state title in his weight class, Page must win his first match on Friday night at Banker’s Life Fieldhouse to advance to Saturday’s competition. Those who win their first match are guaranteed of being a “place winner” and earn the right to take the podium during the awards ceremony.

Chalfant was a three-time place winner, finishing runner-up his junior year and seventh as a sophomore.

So can Hunter Page, still a 10th grader in Golden Bear nation, win his first match on Friday night? Of course he can, because at this level there is only elite wrestlers. Here’s a look at his first round opponent.

Page enters the state tournament with a stellar 34-5 record, was the Randolph County champion, the Mid-Eastern Conference champion for the second straight year, was the Delta Sectional champion, third at the Jay County Regional and third at the Fort Wayne Semi-State.

Kwiatkowski, a Valparaiso senior, is 16-4 this season and is returning to the state finals for the second straight year. He did not place in 2020. Kwiatkowski has 11 pins this season was runner-up at the LaPorte Sectional, the Crown Point Regional and the East Chicago Semi-State. He was second in the Duneland Athletic Conference.

Page and Kwiatkowski are set to take mat No. 3 in match 86 on Friday evening.

Injury may have kept Richardson from an appearance at state finals

Monroe Central coach Andy Richardson was ranked No. 1 in the state at 152 lbs. in his senior season at Muncie Southside. That was in 1993.

He blew out his knee in conference meet, but went on to wrestle in the sectional anyway and won. But the injury prevented him from competing at the regional.

When he looks back, he says, it wasn’t worth risking it.

Had he been healthy, who knows, he very well might have been a state champion.

Since that time, Richardson served 11 years in the Navy and has coached wrestling in some high profile programs, like Delta and Zionsville. Two years ago he began helping Kevin Driskill, so when Driskill retired he took over as head coach.

“That was in the past,” Richardson said of his high school days. “I always try and look ahead, and right now I’m really enjoying coaching our guys. They are high character guys.”

Some advice from a veteran coach

“What I used to tell my wrestlers is to just remind them to have fun and enjoy the moment,” Root said.

“Win or lose, it’s a great experience, so you soak it all in and enjoy it. Wrestling is hard, but it is supposed to be fun.”

Some clouds in the morning will give way to mainly sunny skies for the afternoon. High 62F. Winds SW at 15 to 25 mph.

U.S. cities with the cleanest air

A game-by-game look at the Badgers' new football schedule