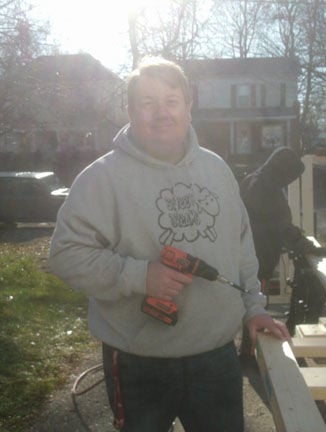 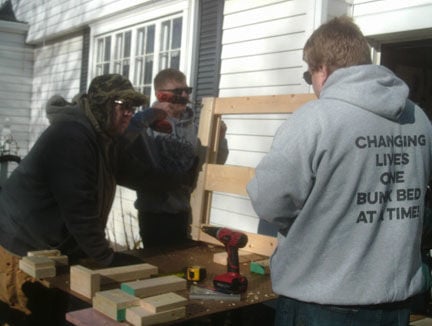 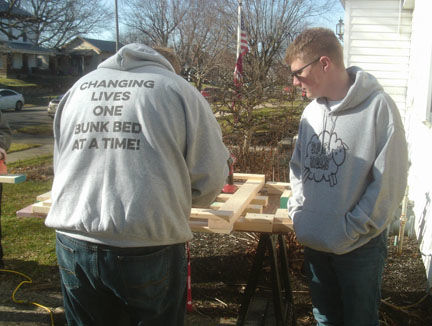 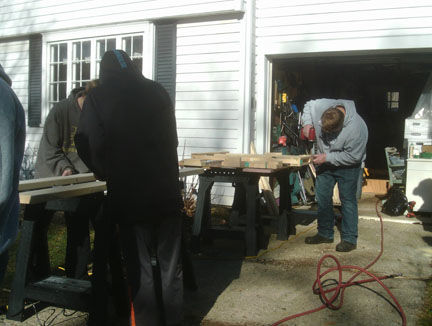 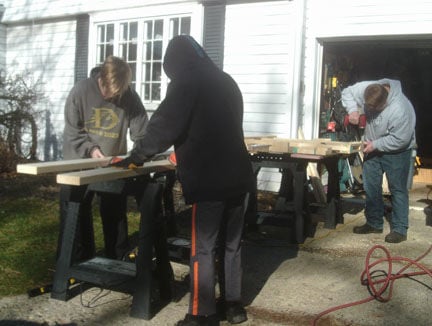 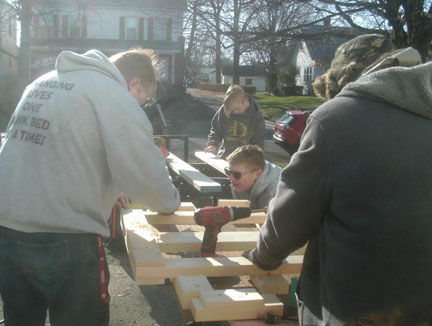 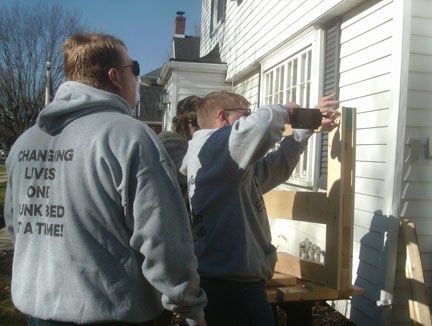 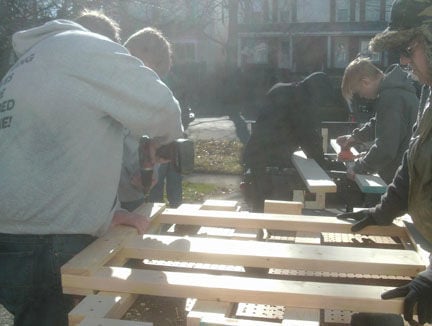 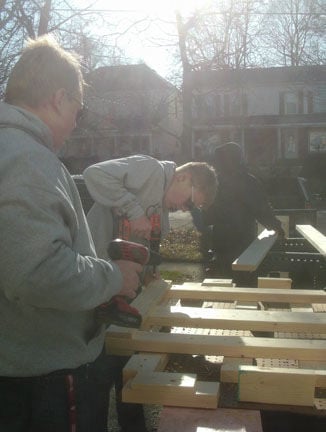 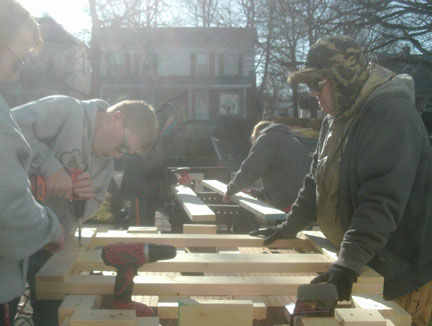 According to the classic poem, “T’was the Night Before Christmas,” at this time of year, children should be “nestled all snug in their beds, while visions of sugar-plums dance in their heads.” Unfortunately, there are youngsters that, for whatever reason, don’t have a bed to sleep in. Many end up sleeping on the floor. Enter Winchester resident Jason Knasinski. Knasinski was watching a show on Facebook Watch called “Returning the Favor” with Mike Rowe, perhaps best known as the host of “Dirty Jobs” on the Discovery Channel. The series follows Rowe as he travels the country spotlighting people and organizations giving back to their community and then surprises them with a reveal that helps them to do even more for their community. The episode focused on a nonprofit organization in Idaho called Sleep in Heavenly Peace.

Sleep in Heavenly Peace was founded in 2012 by Luke and Heidi Mickelson.The organization builds and delivers beds to children who don’t have beds to sleep in. When Luke was a youth group leader at his church, the group built beds for a member family of the church that was in need. He then built a bed with his family and offered it for free on Facebook. When people in the community heard about the effort, many donated bedding items, which encouraged Mickelson to move forward with the project. The organization grew at such a pace that Mickelson decided to leave his job and run SHP full-time. As of November 2019, the organization has 200 chapters around the United States and has built over 35,000 beds.

Seeing this, Knasinski began wondering if there was a need for something like this in our community and thinking of starting a chapter here. In November, something told him that if he was going to do something, now was the time to do it. A Facebook page was created with the first post requesting donations of  money to purchase lumber, mattresses, and bedding. The posting had extremely positive responses and managed to raise just over $2000 in only nine or ten days. A second posting asked for referrals of children that were in need of beds. Within only four days they had a waiting list of over 20 area children that needed beds. The response to these two posts reaffirmed to Knasinski that there was indeed a need for such an organization in the area.

Sweet Dreams for Randolph County kids had its first build day on Saturday, December 7 in the driveway of Knasinski’s Winchester home. He and a handful of volunteers built and delivered the first two bunk beds of many to come. The beds are made from scratch. There are no kits. After construction, the beds are tested for quality, and then disassembled for transportation to the homes of the children in need. When the beds arrive at their destination, they are reassembled. Mattresses, sheets, and pillows are added, and the children can sleep in the beds that very night!

Beds are made in the order that they were requested and as quickly as donations and availability of volunteers provide. The cost of lumber, mattresses, and bedding is approximately $300 for a bunk bed, and $150 for a twin-bed.

Sweet Dreams for Randolph County Kids welcomes any type of assistance anyone is willing to provide. Perhaps someone would like to sponsor a bed, they are willing to put your name on the bed if you would like. If your business would like to donate some space for a Saturday build day, if anyone would like to volunteer to help build or deliver beds, anyone wanting to help Sweet Dreams in any way should reach out to Knasinski through the Facebook page @SweetDreamsRandolph or call or text him at (765) 546-9873.

If you know of children in need of a bed, please contact Sweet Dreams through the Facebook page or at the above telephone number. Indicate whether the child is a boy or a girl (for appropriate bedding) and the child’s age (between 3 and 15 years old). Sweet Dreams will get back in touch with you to let you know that you have been added to the waiting list. The organization is also willing to help children in nearby communities outside of Randolph County. One of the first two beds went to Redkey, just over the county line in Jay County. “We’re willing to help out, kids in the area” says Knasinski, “from Redkey, to Greenville, to just this side of Muncie, even into Wayne County, if there is a need,” he adds.

Through the work of Knasinski and volunteers, Sweet Dreams for Randolph County Kids hopes to achieve its goal that, “No child in Randolph County should ever have to sleep on the floor again.”

Badgers in the XFL: Check out performances by former Wisconsin players in Week 2