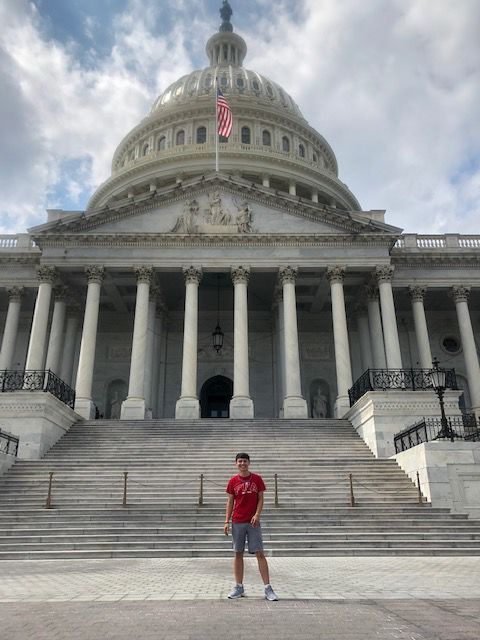 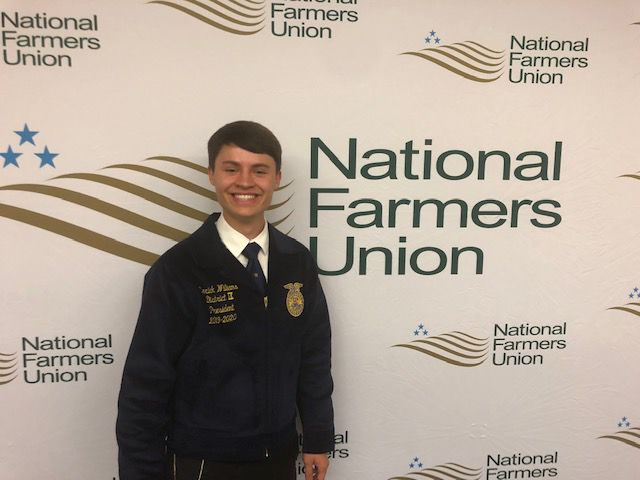 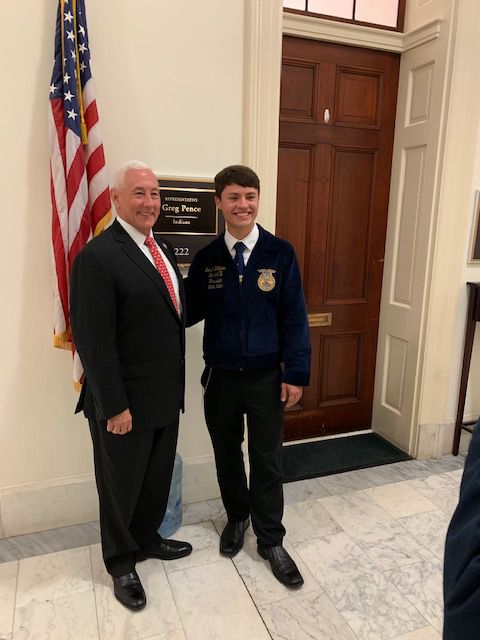 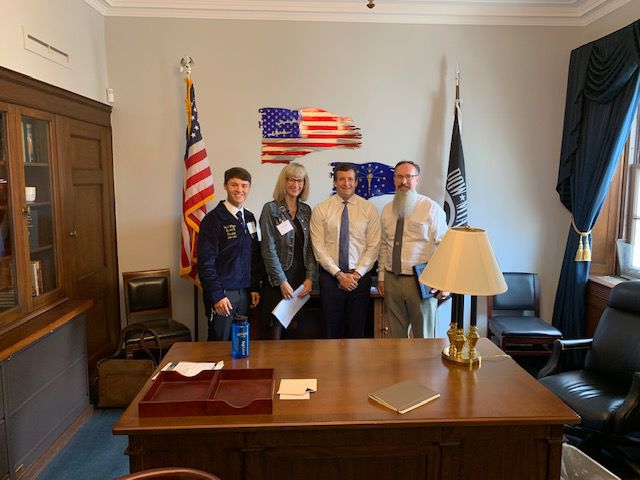 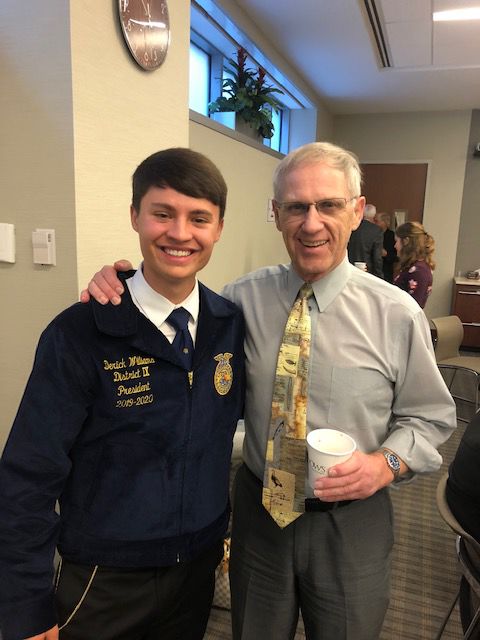 A few years ago, Union City High School student Derick Williams would not have imagined that he would be given the opportunity to travel to our Nation’s capital and meet with local congressmen to discuss ways that they can help out small local family farms. The son of Erik and Georgina Williams loved his community. In eighth grade, he joined Future Farmers of America where he developed an interest in agriculture. Indiana FFA is a dynamic youth organization that provides students opportunities for leadership development, personal growth and career success. Williams is the 2019-2020 Indiana FFA President for District IX. This district covers Randolph, Wayne, Delaware, Union, Henry, Rush, and Fayette Counties. It has been several years since this office was held by a student from Randolph County.

As one of the top 25 FFA leaders in the State, he was asked to attend a leadership seminar in Minnesota. He was the only one that wasn’t from Minnesota, but soon felt at home. “This was a great experience, everyone was so nice. I must have made a good impression as I was contacted by the National Farmers Union and asked to represent our great state of Indiana, and the Indiana FFA at their Legislative Fly-In Program,” said Williams.

The National Farmers Union was founded by ten family farmers in 1902 as the Farmers Educational Cooperative Union of America in Point, Texas. After its founding, NFU advocated for increased co-operative rights, fair market access for farmers, direct election of senators and voting rights for women. These efforts also led to the enactment of the Federal Farm Loan Act, which established twelve Federal Land Banks. NFU has always worked to protect and enhance the economic well-being and quality of life for family farmers, fishers, ranchers and rural communities through the advocacy of policy positions developed by the grassroots membership and adopted as official policy at their national convention. National Farmers Union helps the family farmer address profitability issues and monopolistic practices. NFU has formally organized divisions in 33 states. The key to the success and credibility of the organization has been Farmers Union’s grassroots structure in which policy positions are initiated locally. The policy process includes the presentation of resolutions by individuals, followed by possible adoption of the resolutions at the local, state and national levels. Members and staff of the Farmers Union advocate these policy positions nationwide.

From September 9-11, a representative from each of these states gathered in Washington, D.C., for the 2019 Fall Legislative Fly-In. During their time in Washington, Williams and the other members were afforded the opportunity to hear from U.S. Department of Agriculture officials about current events, opportunities, and other work the department is doing on behalf of farmers. They received briefings from other administration officials and the leadership and staff of the U.S. Senate and House of Representatives Committees on Agriculture.The most important agenda items of the fly-in, however, are the meetings on Capitol Hill. Teams of Farmers Union members stopped by the office of every member of Congress. Grassroots efforts at their finest, Farmers Union members highlighted the key priorities for the organization, struggles they are facing, and goals for future legislation and the next farm bill. This is an important and effective way to influence policy. Members of Congress need to hear directly from our family farmers, ranchers, fishermen, and rural residents.

Williams got a chance to speak to the Board of the National Farmers Union (which is made up of all the presidents of the state farmers unions along with Roger Johnson - National President - and his staff). He was then able to attend an Ag Briefing at the US Department of Agriculture and an Ag Briefing on Capitol Hill with the Senate Ag Committee. On the last day he was there, he was able to sit down, meet, and discuss with our Indiana Congressmen - US Representative Greg Pence (6th District) and US Representative Trey Hollingsworth (9th District) - the issues facing agriculture in Indiana. Topics of discussion included the ongoing trade war, safe climate practices, ethanol blends, and farm safety nets.

“The NFU Fly-In was a great experience and loved checking out our nation’s capital. I really appreciated the opportunity to represent the great state of Indiana and fight for small, independent farmers across the U.S.,” said Williams. “An opportunity like this was a once in a lifetime experience for a small town kid and I would love to show our local communities what their young people are doing on their behalf,” he adds. It is certainly nice to see someone young and enthusiastic taking an interest in such things and doing their best to better things in their local communities.

May 27 recap: Tucson news you may have missed today