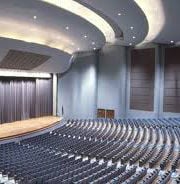 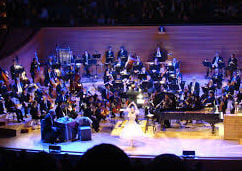 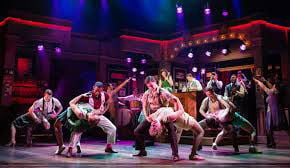 Here’s a look at what’s happening in our own backyards!

Emens Auditorium and Pruis Hall constitute a department within the Business and Auxiliary Services unit of the Division of Business Affairs.

As such, this auxiliary supports and enhances the vision and mission of Ball State University. Through the enrichment of the overall Ball State University student, employee, and guest experience, Emens provides exceptional patron service, the delivery of state of the art stage/production service, and event planning and support service. In addition, Emens’ primary function of presenting a diverse array of guest artists, productions, and celebrities of national and international prominence who represent various genres of live performance and entertainment from traditional to the innovative.

Through programmatic efforts they strive to:

• Enhance the University experience for students, faculty, and staff.

• Enrich the quality of life in East Central Indiana for residents and visitors.

• Encourage greater connection between the campus and surrounding community.

Ball State University’s sixth president, John R. Emens (1945-1968), had a dream. He envisioned a “campus of the future” complete with an auditorium “large enough to house most college functions as well as major symphonies, Broadway productions, ballets, and other forms of entertainment for Muncie and east central Indiana audiences.”

Planning for the auditorium began as early as 1947, but the U-shaped building was not actually built until 1961. The structure includes the Hargreeves Music Building, Arts and Communications Building, and the 410-seat University Theatre.

Emens’ dream was finally realized on March 14–15, 1964, when the auditorium gave its first performances in the form of a “sneak preview,” and then it was officially dedicated on Oct. 25 the same year.

Why this doctor and nurse are now TikTok famous

In its first 25 years alone, more than 3.6 million people visited the then 3,581-seat auditorium to see 2,335 programs. The legendary acoustic, scalloped ceiling and state-of-the-art sound capabilities of Emens Auditorium account for the attraction of many artists to performing in this facility.

Since the grand opening in 1964, many world-renowned artists, individuals, musicians, and shows have graced the stage of Emens Auditorium.

• Originally, the venue had 3,581 seats. Over the years, technology upgrades, seat replacements, and accessibility have reduced this number.

•The proscenium or stage opening is 80 feet wide.

• The stage depth is 45 feet and made of maple flooring.

• Heinrich Keilholz is the acoustical consultant/engineer from Hamburg, Germany.

• No tax dollars were used in the building’s construction. Half of the cost was donated by the surrounding community, business large and small, Ball State employees, alumni, and individual citizens of Muncie.

• The creation of Emens was the first capital campaign at Ball State University.

• The facility is named after the 6th president of our institution, Dr. John R. Emens.

Photos: A look at how COVID-19 is affecting Wisconsin