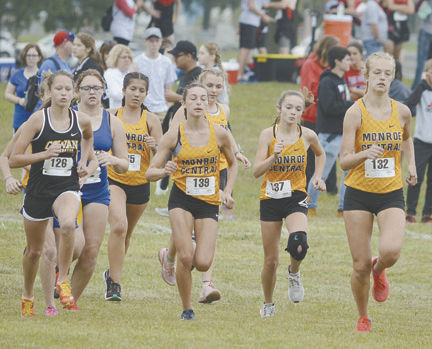 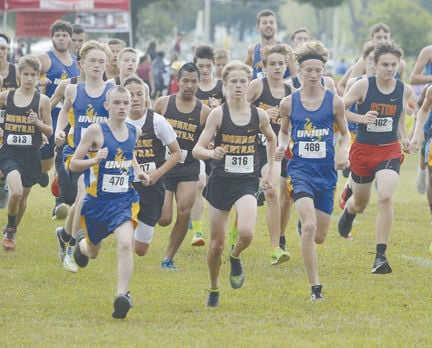 Union and Monroe Central (above) got off to a fast start in the boys’ race Saturday at the Union City Invitational. Collin Perry (left) of Union City nears the finish line. 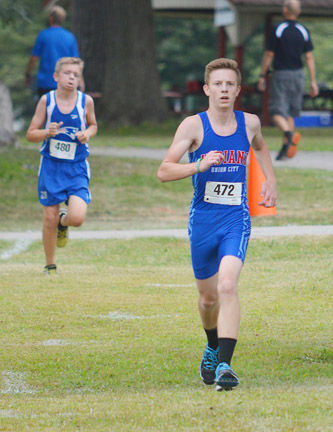 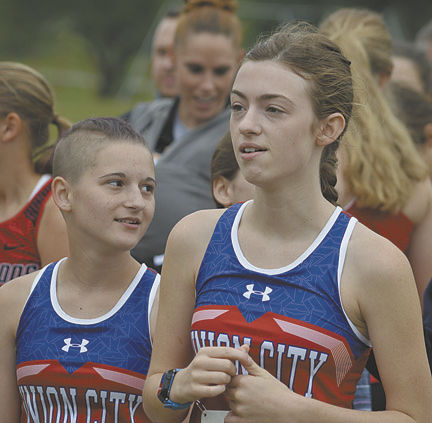 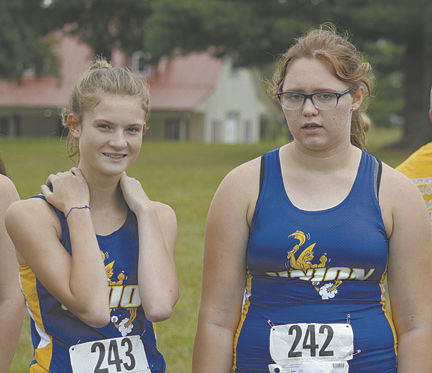 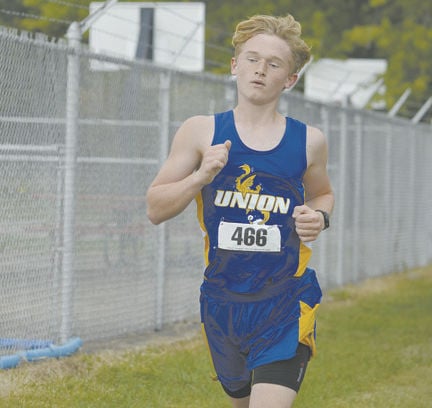 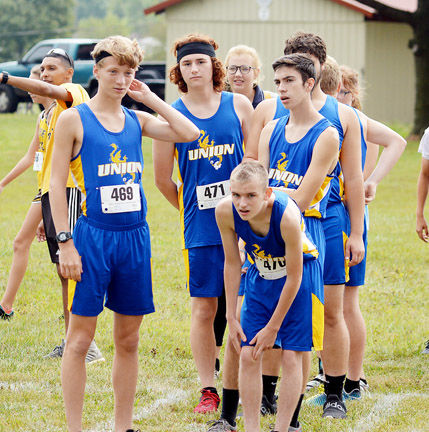 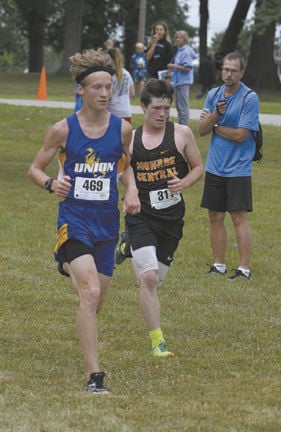 Union and Monroe Central (above) got off to a fast start in the boys’ race Saturday at the Union City Invitational. Collin Perry (left) of Union City nears the finish line.

Lincoln won the boys’ race with three runners in the top five, and Luke Bantz from Union County won as an individual in a time of 17:29.

Union finished eighth as a team with Ethan Moore (21:07) leading the way for the Rockets. Moore finished 45th as an individual.

In the girls’ race the Lady Bears also finished in fourth place. The winning team was Rushville, and the number one runner was Erica Barker from Seton who finished in 20:51.

Monroe Central’s Gabby Beckham earned a sixth place finish in a time of 21:52. Beckham was followed by her freshman teammate Karley Pucket finished 12th in 23:03.

Monroe Central middle schoolers won both the girls‚Äô race and the boys‚Äô race Saturday at the Union City Invitational.

Photos show makeshift cages where 4 kids were locked in

Pelosi to hand off impeachment. Here's what could happen next

Ava Jefferis (11th) finished first for Union City followed by Lilly Pierce from Union who finished 12th. Haileigh Allen (20th) was through the chute first for the Lady Rebels.

Although Monroe Central’s boys‚ junior high team won the event easily, 27 points over second place Richmond, it was Union City’s Conner Walser who entered the chute first. Walser won the race in a time of 12:10.

Partly cloudy skies this morning will become overcast during the afternoon. High 32F. Winds E at 10 to 15 mph.

A mix of wintry precipitation that is most likely overnight. Low 29F. Winds SE at 15 to 25 mph. Chance of precip 100%. Snow and ice accumulations less than one inch.

Photos: Looking Back at the 2020 Randolph County Tournament (Girls)

Photos: Looking Back at the 2020 Randolph County Tournament (Boys)