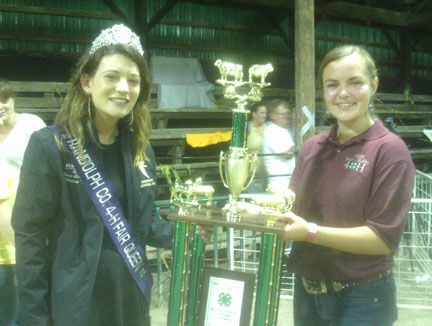 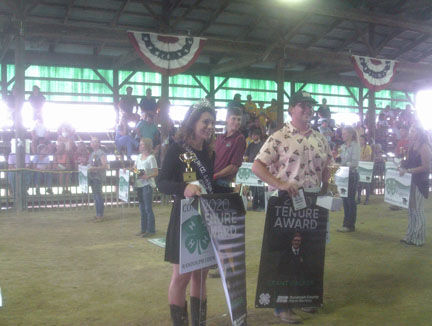 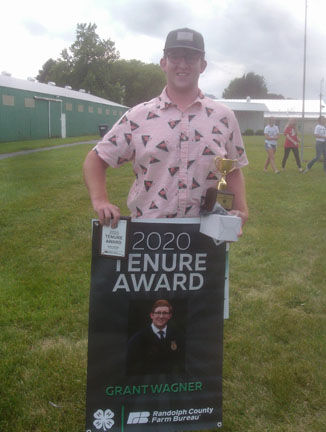 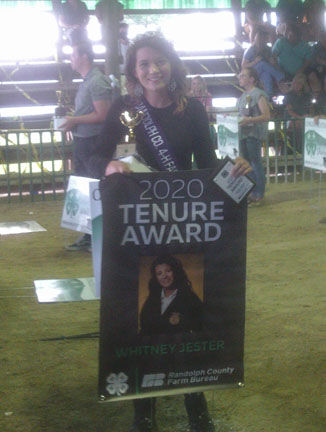 By social distancing, the wearing of face masks, and other precautions, members were able to compete, and show their animals. The fair began on Friday, July 17 with the dog agility show. It continued on Saturday with a dog obedience show, and the poultry competitions. On Sunday, the sheep and goats were in the spotlight.

The Randolph County Antique Club next to the Fairgrounds also had several activities over the weekend. the included and ice cream social, tractor dyno testing, a garden tractor pull, threshing demonstrations, and antique tractor pull, and a horse pull.

The Horse Arena came to life on Monday, July 20 with all manner of events featuring the 4-H members and their horses, ponies, and donkeys. These included riding competitions and even a costume contest. In the show arena, the cattle were in the spotlight featuring dairy and beef cattle.

As the competition in the Horse Arena continued on Tuesday, the swine competitions began in the Show Arena. Wednesday was a big day at the fair and included shows for rabbits, dairy and ornamental goats, Gilts, and more horse and pony competitions. There were also ceremonies honoring the 10 year 4-H members. Grant Wagner and Whitney Jester were awarded the 2020 Tenure Awards from Randolph County Farm Bureau. These awards are given to the two 4-H members from from each county having the best record in terms of tenure in 4-H membership and thereby encourage Indiana 4-H members to continue in the program for a longer period of time.

Wednesday concluded with the “Round Robin” competition. The seven top showmen competed showing horses, cattle, sheep, goats, and swine that belonged to other 4-H members. After a long competition, the winner of last year’s round robin competition, and this year’s 4-H Queen, Whitney Jester presented the trophy to Madalyn Friend.

The Fair concluded on Thursday with the release exhibits in Husted Hall, a tractor operators contest, and the clean-up of the fairgrounds.  Those members who were in their final year, were doubtful they would be able to show their animals at all. Luckily, a lot of people and businesses put in a lot of work in these uncertain times to allow these 4-H members the opportunity to compete and show their animals. Many of the judges commented on the quality of the Randolph County 4-H members, their livestock, and the efforts of those who made the fair possible.

You voted:
Tweets by realDonaldTrump